Below you will find a mixture of prose, poetry, random thoughts and a variety of images including some of my favorite music videos. The icons above will take you to my other social media pages. Click the blue button on the right to subscribe to this blog and receive posts in your reader.

But most of all enjoy your time here 🙂

The air splintered; the trees remained upright.
I alone stumbled.

(I think that trees shed their leaves not because
of a rift, a lack of desire, but for a love that
truly pains arms which hold tight . . . )

I will be generous when I am able.
The doors around us latch like Winter
settling in. 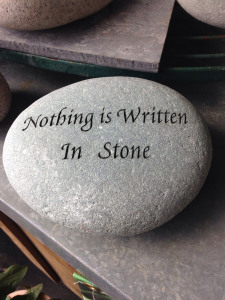 to take a breath

I don’t know
why

I don’t even
ask

Where do I get these ideas 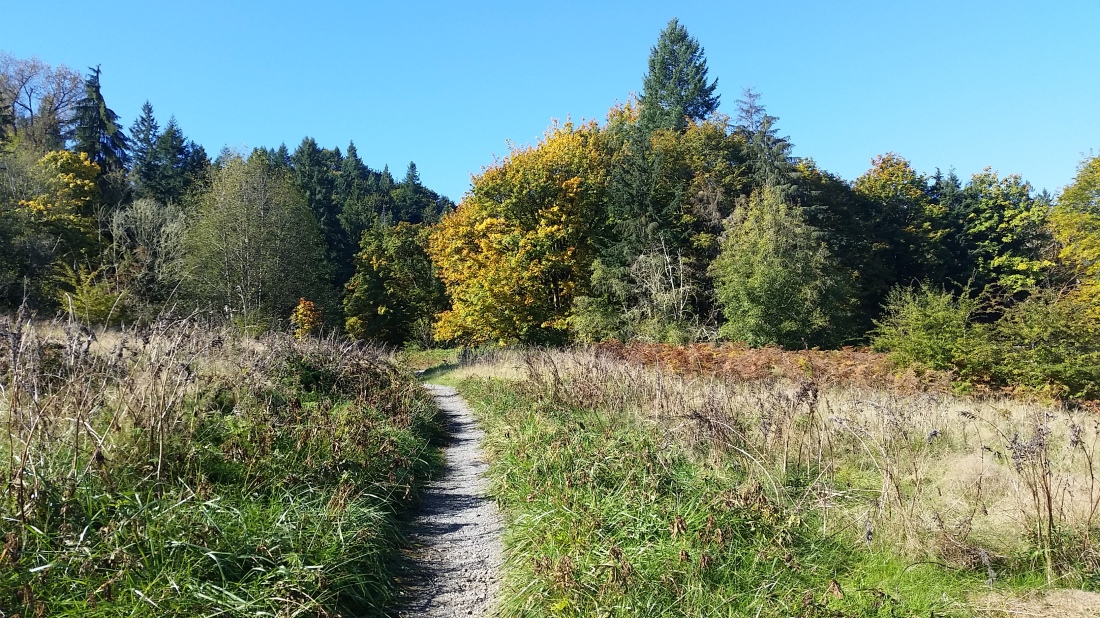 I pose this as a question:
The stars of the deepest night, all flash and zither,
braid their light into a myth of untouchable beauty.
And so, as we contemplate love beneath them,
we birth emotions that transcend our desire,
our covetousness, our humid dreams–?

The flowers touch to the deep, through veins
into the pungent murk and mirth of the soil.
All above is just air and mirage. There is no life
in light but no vivacious moments without illumination.

They feed each other–the earth and her fleshy kin.
Every fruit is a ringing bell of summoning.

Here is my annual round up of my favorite songs/albums. Happy listening!

“Old Wounds” • Pvris
A slow, grinding but ultimately satisfying look at relationships and our evolution within them. Pvris deliver five great songs on their new EP. This is one rises to the top.

“I Dare You” • The Regrettes
Everyone’s should-be favorite indie pop band is back with an upbeat, slash of a song about young love, and a spunky OK GO-ish video to boot.

“Tokyo” • White Lies
A great comeback by a neo-new wave band that was finding itself stuck in a rut. The album this song is attached to has its ups and downs, but this song is in the stratosphere.

“Running Up That Hill” • Meg Myers
This non-album cover of a sainted Kate Bush song is spot on and the video, hand-colored by more than 3000 children fascinates.

“Sucker Punch” • Sigrid
The debut full-length album by Sigrid is a social-media inspired, casual-dating championing masterpiece. The song below sums up her ethos, both lyrical and musical, perfectly.

“Violence” • Grimes
Grimes is a singular visionary, often to excess. This song from her forthcoming album stays grounded and simple, where she is at her ethereal best.


My boyfriend’s parents never returned from their annual ski trip to Vale. Their luggage, their car, leftovers in clamshell containers from many-starred restaurants, photos of their exploits both candid and posed, all disappeared along with them. No one at the resort they’d patronized for the nth year in a row could say where they’d last seen the couple everyone agreed were pleasant and fun-loving. The investigation into their disappearance lasted for a few days but seemed like months in the execution. No trace of them surfaced. No cogent theory of a potential crime or grave accident emerged.

I alone knew where they’d gone. Something my boyfriend had told when we laid in bed, not ready to sleep, to leave one another’s company as we were still in the early glow of our relationship and every moment in each other’s arms was vital, stuck deep in my mind. He told me that his parents didn’t want to become an unhappy couple, couldn’t bear it if their marriage failed. I believed that they must have discovered at a quiet juncture in their scheduled excursion how little joy they held between them. And though they went about like normal, skiing, sipping wine in the lodge, lounging in their plush accommodations, they also must have been plotting a meticulous evaporation of their own existence. How could it not have been forethought?

My boyfriend insisted that his parents must have been caught in an avalanche. What else explains, he asked, how someone could disappear into thin air? Yet no significant snow slides occurred on that mountainside around the time they must have disappeared. Still, he wouldn’t entertain any other conjecture. What hurt him the most, I believe, was not having the opportunity to say goodbye. He speaks as if he will one day have the chance to.

I don’t know how people lose themselves so much in a relationship that they all but cease to exist as an individual. It seems to happen all the time. But it won’t happen to me. I’m a romantic, so I know that his parents needed to let their bond die with their bodies. I could be happy being alone if it came to that. I understand now that love is not a desperate thing. 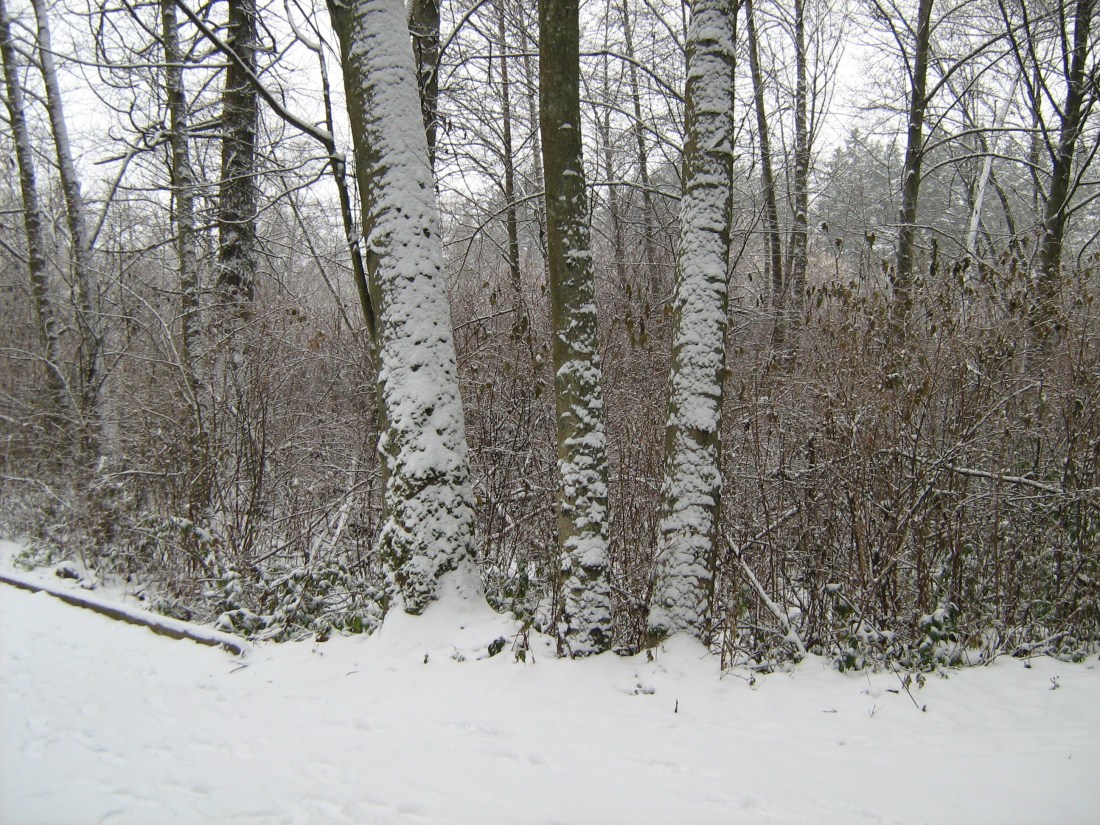 All the dripping water now frozen into fingers, thrusting,
indicating their desire to splash onto the pavement again,
I feel as you do.

I’ve connected all the dots.
No clarity can ever save us . . .


If they haven’t told you already
You have to learn how to be happy.
(We already know how to swim through misery.)

I’ve torn my own mind apart so many times
Rebuilt it into some semblance of euphony
Strung up around a pillar of doubt . . .

And you’ll laugh with sadness in your eyes
Because the last person you learned to love
was yourself.

“Goodbye” • Echosmith
You cover up the poison, with poetry/You traded roses and left me sorry/My only grievance is a broken dream/When you finally find yourself/Tell him I said/”Goodbye”

“I Can Only Stare” • Sleigh Bells
You and I, you and I/why aren’t we sharing the breath/’til there’s nothing left but carbon dioxide/Why won’t you let me come over/and do what you want me to?/Ooh/I can only stare/You see, it’s pulling my heart down/I can only stare

“Holy” • Pvris
You put on a faith facade/think you’re holy when you’re not/I hate to break it to you, baby/but you’re simply lost/You can right all the wrongs/just to feel you belong/but simply calling out sins/don’t bring you closer to God/You’re just ghost at most/a set of empty bones/searching for anything and everything/to make you feel whole


He wondered aloud at times about the necessity of rivers: “Why doesn’t the rain soaked into the ground remain there until it is ready to be evaporated again into clouds? Why wash into crevices, creeks, and wishing wells? Or perhaps there should ever be some rising mist; a slow, luxuriant ascent to the heavens after the weather breaks . . . “

It seems that everything must flow at every moment of the day, even when we sleep, he thought upon observing a baby at rest in her crib, silent, still, almost in every way like a doll with only small twitches of her feet giving the indication of delicate life. Were we frozen in time when in repose?

He wasn’t; he was unstuck.
Yet did other people dream?
People spoke to him of nightmares and strange
happenings in their sonorous minds. They could lie,
anyone could about hidden things . . .

He wanted the world to be transparent.
A generous ghost he could touch and feel.
Like a glass of water aching to burst and erupt
toward the sea.

I’m certainly not implying that movies should be a subsidized art form, or that they ever were. When the Hollywood studio system was still alive and well, the tension between the artists and the people who ran the business was constant and intense, but it was a productive tension that gave us some of the greatest films ever made — in the words of Bob Dylan, the best of them were “heroic and visionary.”

Today, that tension is gone, and there are some in the business with absolute indifference to the very question of art and an attitude toward the history of cinema that is both dismissive and proprietary — a lethal combination. The situation, sadly, is that we now have two separate fields: There’s worldwide audiovisual entertainment, and there’s cinema. They still overlap from time to time, but that’s becoming increasingly rare. And I fear that the financial dominance of one is being used to marginalize and even belittle the existence of the other.

For anyone who dreams of making movies or who is just starting out, the situation at this moment is brutal and inhospitable to art. And the act of simply writing those words fills me with terrible sadness.

From my own pen:

The limits of art run the same lines as the limits of imagination. And our minds exposed to sensory overload (as many event movies aspire to) keel to fear of the strange and the new.

Your voice travels the distance of your convictions. The most powerful, profound act is also the most quiet: the subtle nature of conception.

Written and submitted by Michael S. Marsters. All rights reserved.